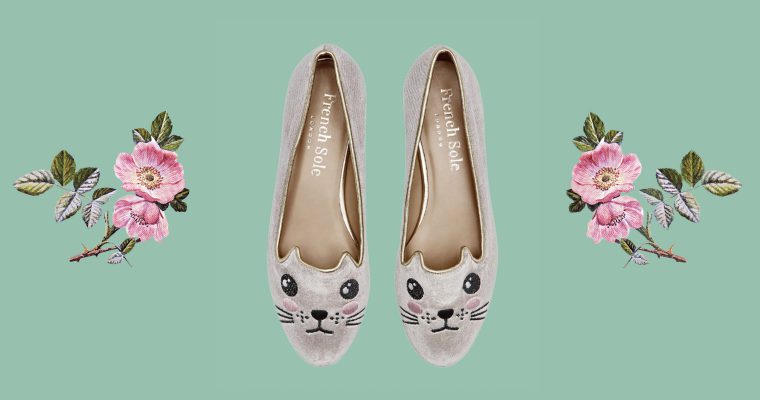 I would like to announce that I’m very excited to have found the purrfect pair of velvet slippers for a weekend of fun. The brand new, breathtaking and dripping in opulence Emoji Zoo collection by French Sole. Shoes not only luxurious and elegant but also […] 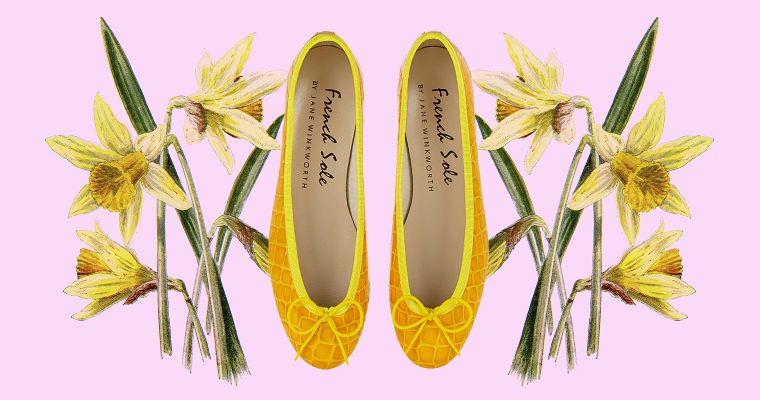 Yellow is the new black

I definitely need an injection of bright colours in my wardrobe come June. I am, after all, the eternal optimist but one who also believes that if I dress in happy yellow, the sun will always be with me. Hello sunshine! Goodbye rain! Sure, I […] 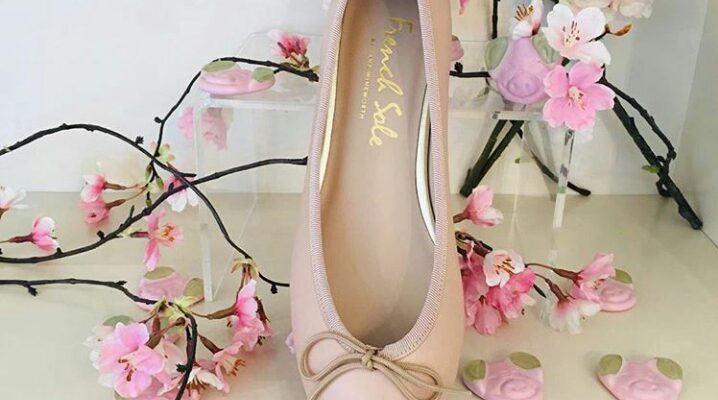 Nothing ever quite prepares you for spring in London. And the recent record-breaking warm spell that we had didn’t really help, as one day I’m dressing in a winter coat and the next, I’m practically naked! It’s enough to drive you to therapy and in […] 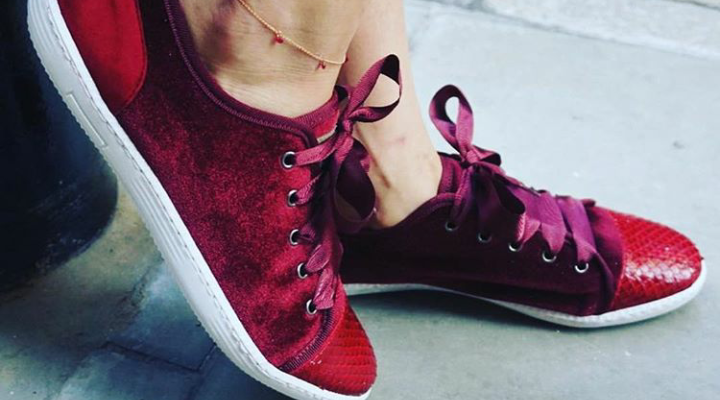 How exciting, that the much anticipated London Fashion Week starts today. And what better occasion to finally show off my sumptuous burgundy sneakers from French Sole, than during this celebration of British style! Snazzy and jazzy, made from irresistible, lavish velvet, adorned with colour matching […] 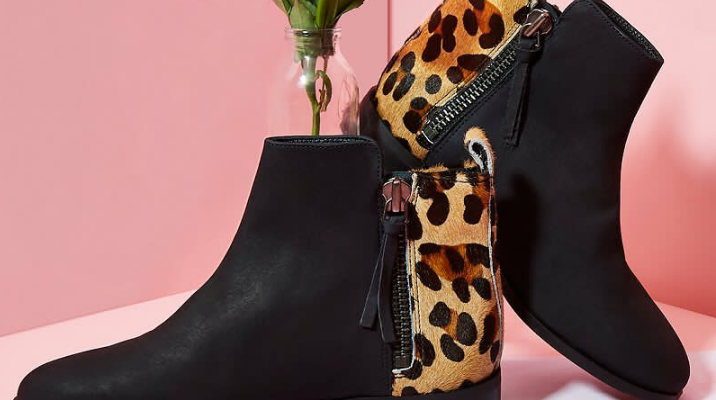 It’s said that a leopard can’t change its spots. So, in order to start the new year with a new me, by my feline logic, I rather will be like the jaguar instead. That is, in the form of venturing out on my latest pursuit, […] 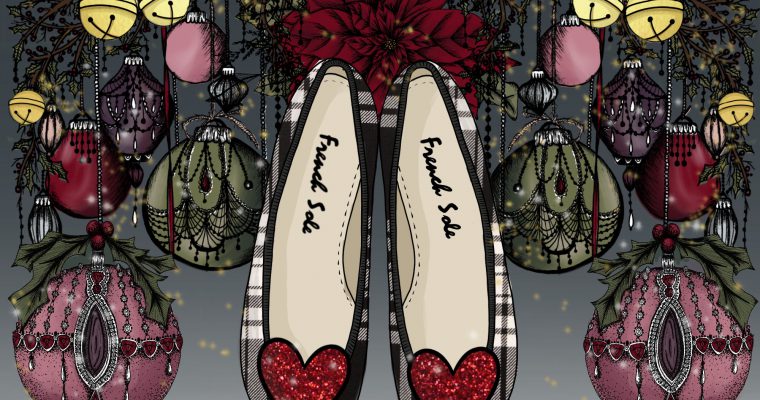 Just like any other girl, I love a little bling. And not just around my finger, I’ll gladly take it in any shape or form at any time of year, though the festive season always seems to lend a little extra sparkle. Such that it […] 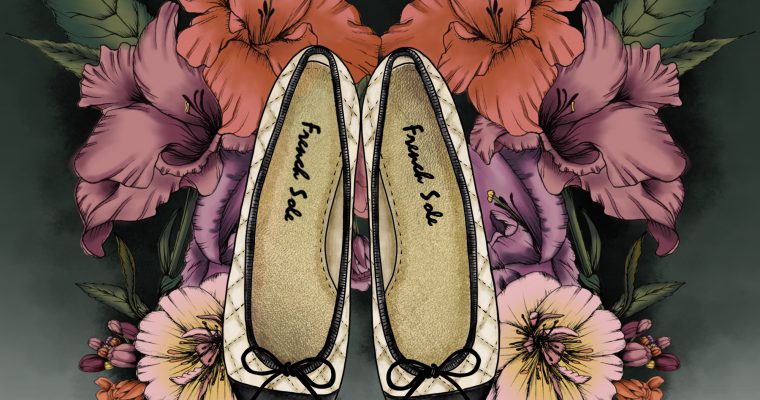 Puttin’ on the Ritz

Today I have been ‘Puttin’ on the Ritz’, well so to speak, as rather I was indulging in afternoon tea at London’s grand old hotel which was the inspiration for the title of Irving Berlin’s song. And though I had planned to dress most fashionably […] 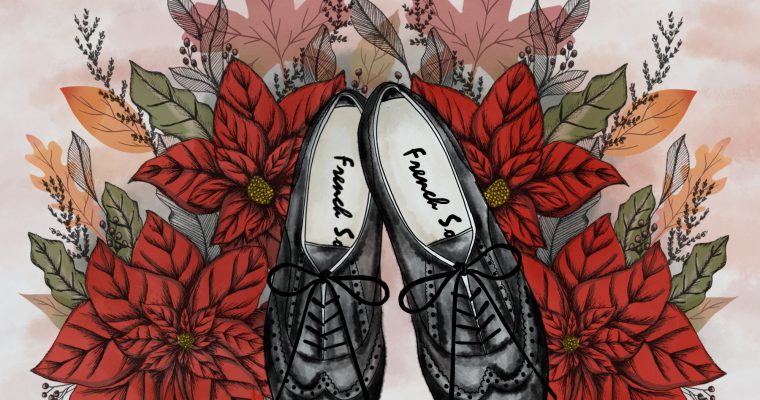 Escape to the countryside!

Being a reasonably practical girl and by reasonable, I mean that there isn’t really much reason for me to be practical with what I choose to place upon my feet. After all, I live in London a city that you can walk across from East […] 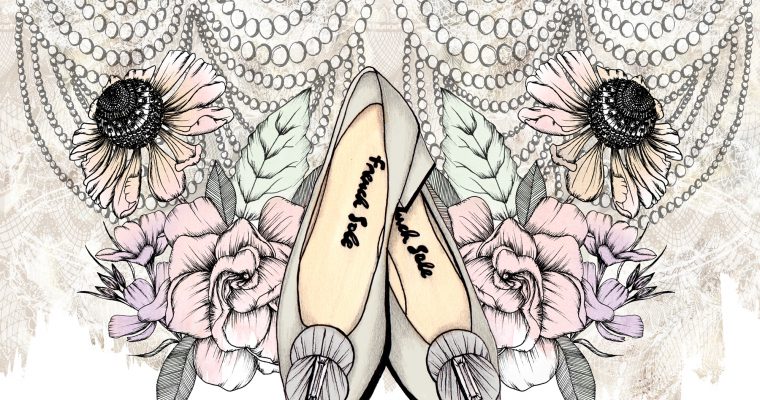 Today I’m feeling like the cat’s pajamas, wearing my French Sole Carla Heels in white and black leather with a silver deco trim. The reason for me to be looking so hotsy totsy, is that I’m hitting the town tonight, attending my very first Great […] 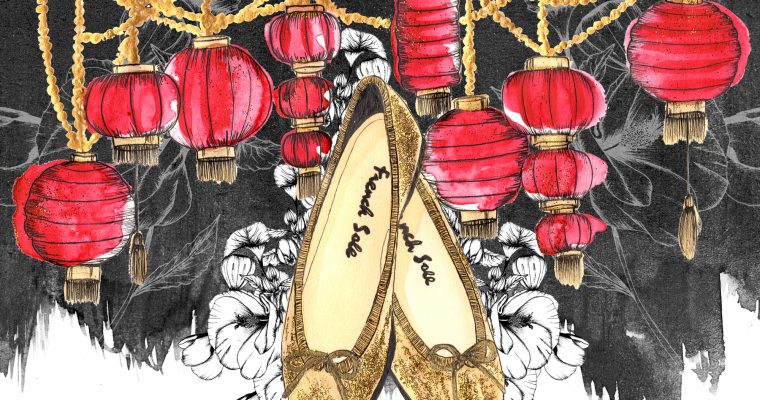 Luck be a lady in gold

I don’t need a fortune cookie to tell me that I’m a very lucky person. All I need is to gaze upon my dazzling French Sole Starlight Glitter Ballet Flats to know that I’m the luckiest girl in the world. Yes, they are beautiful but […] 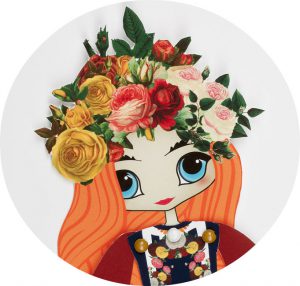 Hello, my name is Amélie Florentine, I love beauty in all its forms but I also have a penchant for art, antiques and pink cakes. I keep a good book by my side at all times and I travel the world in my French Sole shoes, that I’m addicted to almost as much as pink macaroons. As a devoted fan of my most beloved shoe brand I’ll be sharing with you French Sole latests news and my own ideas of how to style their divine footwear with different outfits, so kick off your high heels and enjoy reading my posts! 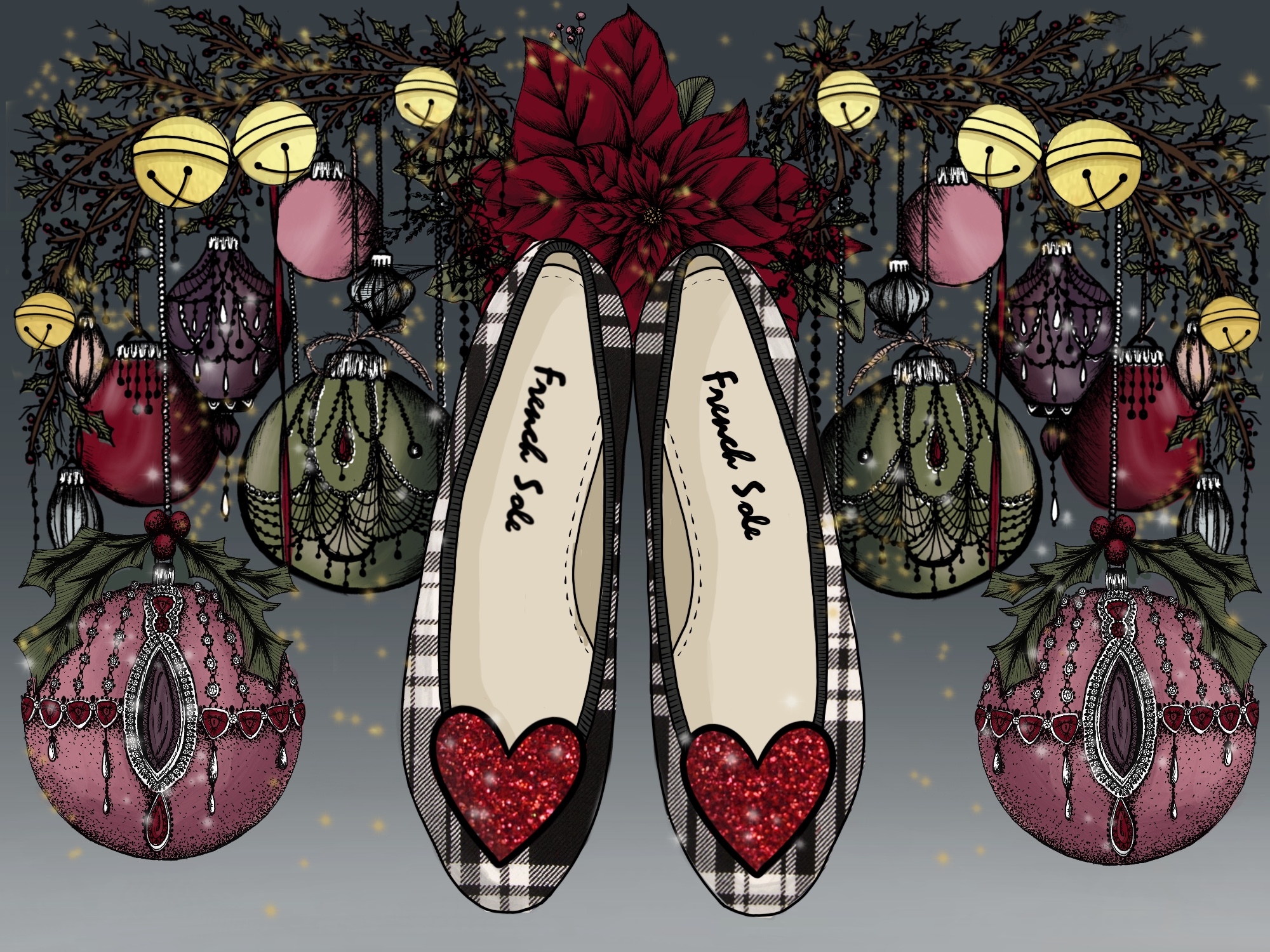 Just like any other girl, I love a little bling. And not just around my finger, I’ll gladly take it in any shape or form at any time of year, though the festive season always seems to lend a little extra sparkle. Such that it is with French Sole’s dazzling red glitter adorned Love Heart flats in grey tartan, which are my new preferred choice of footwear for those wintery nights out in London’s West End.

So many twinkling little stars and so magical that they leave you breathless. That’s what Covent Garden is like in December, London’s theatre land jewel which truly knows how to transform itself for Christmas. It presents a picture-perfect backdrop to my brand new French Sole Love Hearts which sparkle in their shared light, while I wandered through en route to an end-of-year party. And when I passed the piazza’s Christmas tree, just wow! Though running late by now, I had to stop and take it in as well as a few selfies, shame on me. Not just with the tree but also my shoes, reflecting its sparkle, which I was able to get in frame with the help of my friend. Imagine decorating the entire tree in colourful French Sole flats! I exclaimed while presenting my best Vogue look for the camera. Now that’s truly a shoe-aficionado’s dream!

A not that short but very pleasant carbide over to Regent Street and the nearby party, the novelty of Christmas lights was still making me smile, but now, I was surrounded by angels glittering in the sky. Mesmerised by all the glittery spectacle, I completely forgot to pick up a box of truffles for the party. I’m such a snow globe sometimes. So to make it up to the hostess, I ordered her a pair of French Sole Love Hearts, which I know she will cherish, much longer than she would a box of sweets. Merry Christmas!

I’m very curious how other French Sole fans are styling their French Sole Love Heart flats. Do mention #frenchsoleblogbyamelie on your Instagram and I’ll be reposting the most creative looks on our FS page. 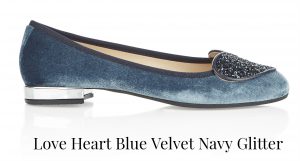 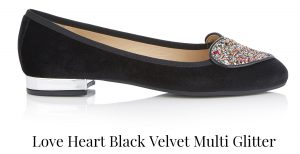 Sorry, no Tweets were found.